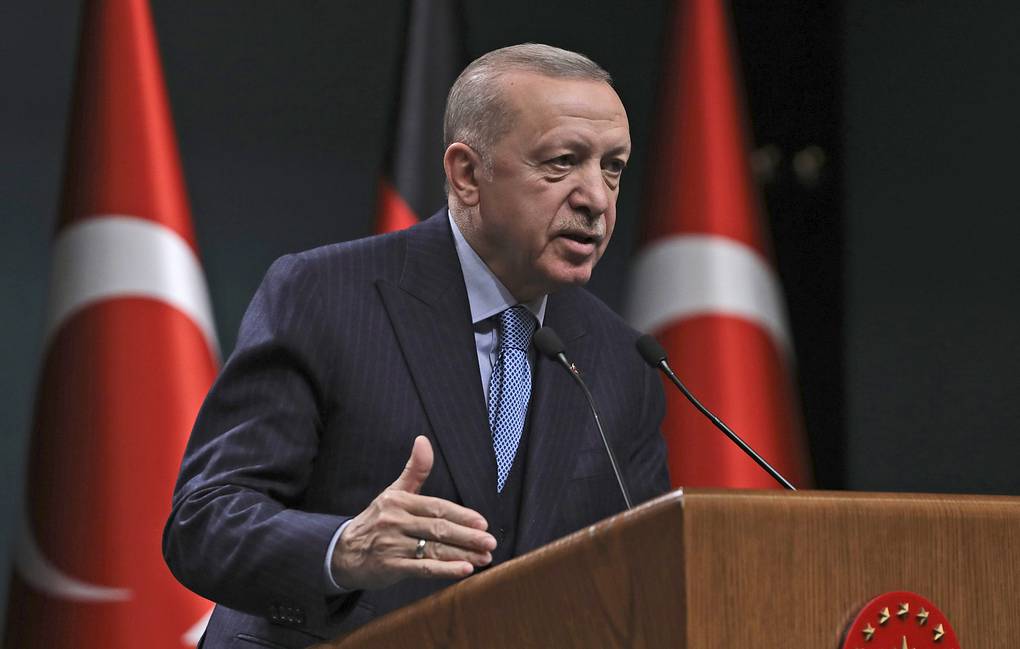 The meeting between Russian and Ukrainian delegations in Istanbul provided a “meaningful momentum ” to the peace process, Turkish President Recep Tayyip Erdogan stated during the phone call with his Ukrainian counterpart Vladimir Zelensky Thursday.

“President [Erdogan] stated that the meeting held between the Ukrainian and Russian negotiation delegations in Istanbul had added a meaningful momentum to the process carried out for the termination of the war and the establishment of peace given its outcomes,” Erdogan’s press office tweeted.

In turn, Zelensky thanked Erdogan for organizing the meeting.

Erdogan also reiterated his proposal to organize a meeting between Zelensky and Russian President Vladimir Putin.

“Noting that it was important for the negotiations held in Istanbul to yield various signs of de-escalation of the tension, President [Erdogan] reiterated his proposal to bring together President Zelensky of Ukraine and President Putin of Russia, with Turkey hosting the meeting,” the presidential press office tweeted.

On Tuesday, another round of in-person negotiations between Moscow and Kiev took place in Istanbul. After the meeting, head of the Russian delegation Vladimir Medinsky announced that Russia received written proposals on a treaty from Ukraine.

He added that, after these proposals are reviewed, Moscow will put forth its own proposals. The official noted that Moscow is making “two steps towards” Kiev and offers to hold a meeting between the presidents of Russia and Ukraine earlier than planned before – simultaneously with initialing of the peace treaty at the level of foreign ministers. Russian armed forces will reduce their military activity on Kiev and Chernigov directions.