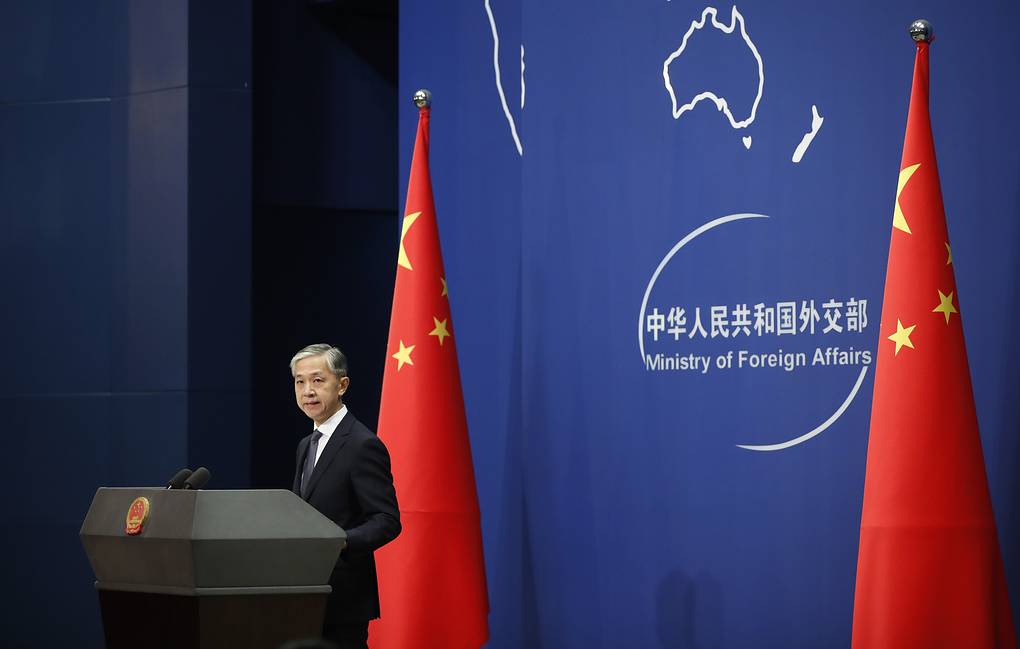 China welcomes the beginning of talks between Russia and Ukraine and hopes that this process will continue, Chinese Foreign Ministry Spokesman Wang Wenbin said at a briefing on Tuesday.

“China has always supported and encouraged diplomatic efforts that facilitate the peaceful settlement of the Ukrainian crisis, it welcomes the beginning of peaceful talks between Russia and Ukraine,” he said.

“We noted that the sides had agreed upon holding a new round of talks in the near future. We hope that the sides will continue to maintain the process of dialogue and negotiations,” the diplomat noted.

He also said that China hoped for Russia and Ukraine to aspire for a political solution that will take into consideration legitimate concerns in the security sphere of both sides and will facilitate long-term order and stability in Europe.

The Russian-Ukrainian talks were held on Monday, the meeting lasted five hours. The Russian delegation was led by Russian Presidential Aide Vladimir Medinsky. Earlier, he stated that the Russian delegation was ready to negotiate with the Ukrainian side for as long as it would be necessary to reach an agreement. Belarusian Foreign Minister Vladimir Makei said that he hoped that the two delegations would meet for another round of talks at the Belarusian-Polish border in a couple of days.

On February 24, Russian President Vladimir Putin said in a televised address that in response to a request by the heads of the Donbass republics he had made a decision to carry out a special military operation in order to protect people “who have been suffering from abuse and genocide by the Kiev regime for eight years.” The Russian leader stressed that Moscow had no plans of occupying Ukrainian territories.

Russia’s Defense Ministry reported later on Thursday that Russian troops were not delivering strikes against Ukrainian cities. It emphasized that Ukrainian military infrastructure was being destroyed by precision weapons.