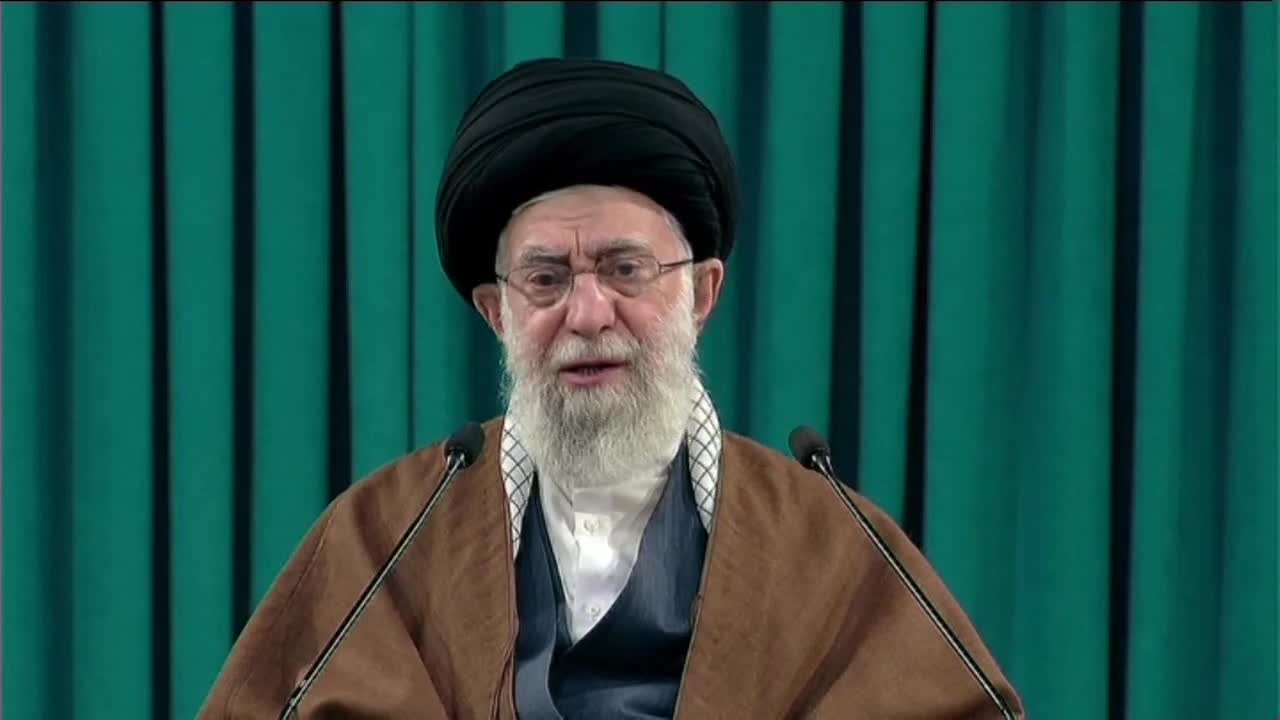 The Leader of the Islamic Revolution Ayatollah Ali Khamenei said Tuesday that the mafia-ruled regime in the United States is behind the crises globally, blaming Washington for the Ukraine crisis.

Ayatollah Ali Khamenei made his remarks in a speech on the anniversary of Eid Mab’ath on Tuesday.

At the start of his speech, the Leader touched upon the important points on the Islamic Eid al-Mab’ath.

“Prophet Muhammad managed to unite people after they embraced Islam as religion,” the Leader said.

He also said Islamic faith must not be segregated from politics based on Islamic teachings, adding that the Iranians in 1979 managed to eradicate the absolute Monarchy which was supported by the UK and the US in accordance with the Islamic teachings.

He added that the West uses knowledge to slaughter people and plunder other nations.

The Leader further recalled the huge rallies held to condemn the US assassination of General Soleimani in Iraq in early 2020, praising the Kashmiris for punishing those who insulted the images of the top Iranian general.

The remedy to the Ukraine crisis is to eradicate the root cause of the crisis that is the US.

Ayatollah Khamenei further recalled the US interference in other countries such as Syria and Iraq, condemning the western countries for turning a blind eye to the suffering of the Yemeni people and the Palestinian people.

The leader also said that people defend the independence of a country, adding that if the Ukrainian people had been on the scene, the situation of the people and the government of Ukraine would be different today.