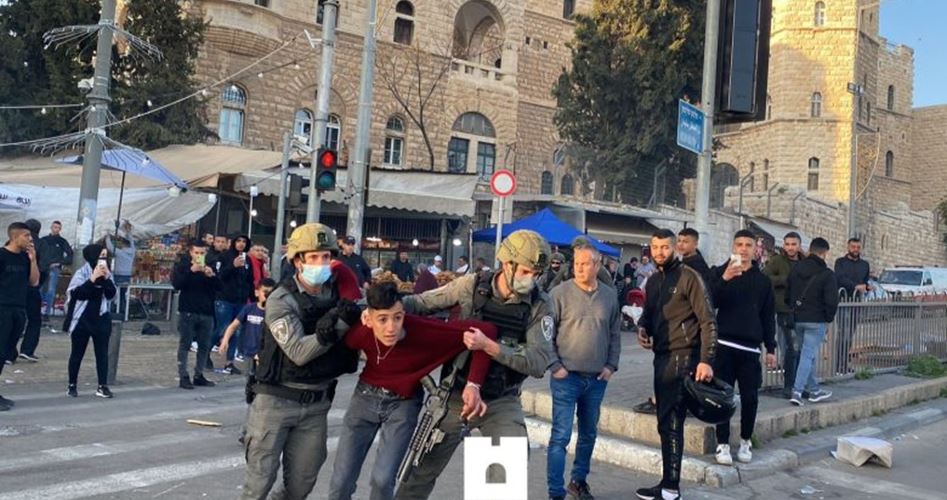 At least 37 Palestinians, including children and women, were injured and 24 others were arrested on Monday evening after the Israeli occupation police attacked hundreds of citizens in Bab al-Amud area and the Old City in Jerusalem.

Local sources said that police forces assaulted Palestinian citizens as they were marking the Isra and Mi’raj occasion in the streets of the Old City, especially in Bab al-Amud.

The police also embarked on violently subduing and rounding up several citizens who gathered in Bab al-Amud to mark the Islamic occasion. 24 citizens, including children, were reportedly arrested during the events.

The Red Crescent said its paramedics provided medical assistance for 35 wounded citizens in Bab al-Amud, adding that seven of them were evacuated to hospitals.

It also said that among the wounded citizens were a six-month-old infant — injured by a stun grenade, a girl child with special needs and two women.

The police violence happened as tens of thousands of Muslim worshipers flocked to the Aqsa Mosque and areas around it to celebrate the Isra and Mi’raj occasion.