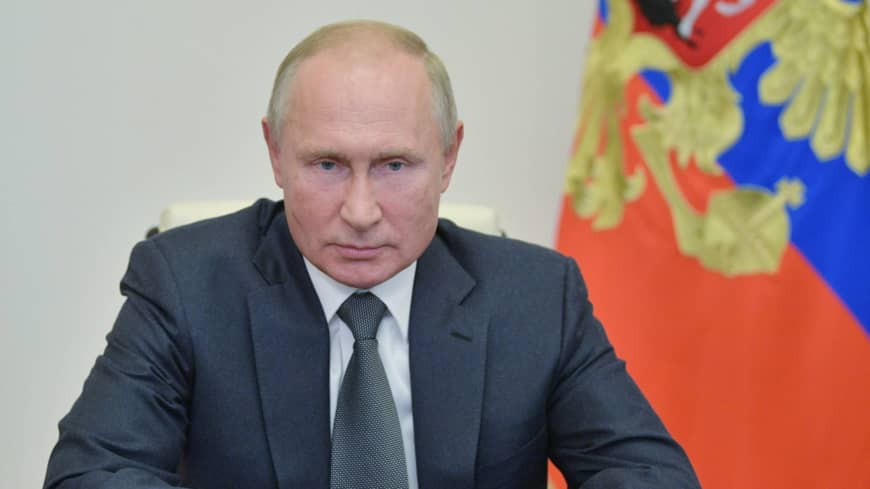 Russian President Vladimir Putin called the West an “Empire of Lies” as he discussed the economy with top officials on Monday following the imposition of sweeping sanctions against Moscow, the Kremlin said.

“(Prime Minister Mikhail Mishustin) and I discussed this topic, naturally bearing in mind the sanctions that the so-called Western community – as I called it in my speech, the ’empire of lies’ – is now trying to implement against our country,” a transcript of the meeting quoted Putin as saying.

Putin signed on Monday a decree that introduces special economic measures regarding unfriendly actions by the US and its allies, and its text was published on the Kremlin website on Monday.

The preface says the decree was signed “due to actions by the United States and the foreign states and international organizations that have sided with it, which are unfriendly and run counter to international law and are related to restrictions on Russian nationals and legal entities”.

In addition, the measures listed in the document are applied in order to protect Russian national interests and in accordance with the federal laws On Special Economic Measures and Coercive Measures, On Security and On Measures to Influence (Counter) Unfriendly Actions of the United States of America and the Other Foreign States.