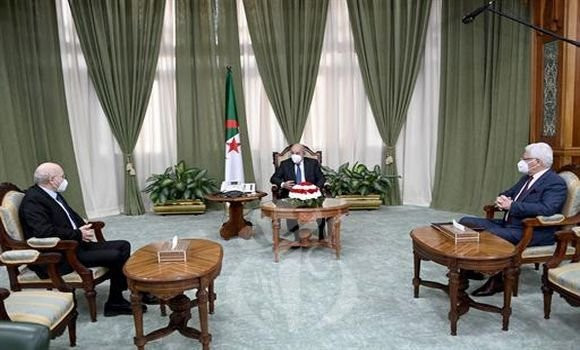 Algerian President, Abdelmadjid Tebboune, received Monday at the headquarters of the Presidency of the Republic the Commissioner for the 2022 Mediterranean Games (Oran), Mohamed Aziz Derouaz.

The Advisor to the President of the Republic, Abdelhafid Allahoum, attended the audience.

Tebboune listened to a presentation made by Derouaz on the preparations for the 19th Mediterranean Games (MG 2022), which will take place in the province of Oran.

The Mediterranean Games Commissioner said that he had informed President Tebboune of “the concerns raised by the Organizing Committee to provide the best conditions for this event and the progress rates of the works of sports facilities”.

“I received recommendations from President Tebboune to make this event successful and thus meet the expectations of the Algerian people,” said Derouaz.

The 19th Mediterranean Games, scheduled for June 25-July 25 2022 in Oran, will be the second edition organized in Algeria after the 7th edition held in 1975 in Algiers.